The Institute has a relationship with the Tisch School of the Arts at New York University, where students can study in an eight credit program. The institute is under the artistic direction of Anna Strasberg.

“Art is longer than life.”
“Art is in the choice; the choice is that which conditions art.”
“The character comes alive if you believe in what you’re doing.”
“Use the relaxation to eliminate fear and tension that interrupts expression.”
“The imaginary realities you create must force the scene to happen.”
“The thought comes before the line, not the line before the thought.”
”Words are a lifeline the actor desperately tries to hold on to, don’t, you must sink or swim.”
“Take your time, be specific and force your attention into details.”
“When left high and dry by a director, the actor must fill the directorial void themselves.”

Legacy
The birth of the Lee Strasberg Theatre and Film Institute was the natural evolution of efforts that began in 1931 with the formation of the Group Theatre. Co-founded by Strasberg, Harold Clurman, and Cheryl Crawford, the Group was dedicated to creating socially conscious theater and formulating a cohesive system of training for the actor.  With its pioneering Broadway productions, many of which were directed by Strasberg, the Group quickly distinguished itself as one of the most revolutionary theatre companies in history. 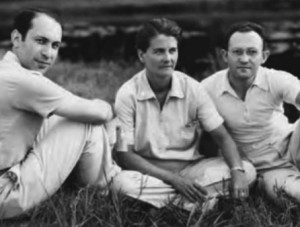 After the group disbanded in 1939, Strasberg began teaching private classes at both Carnegie Hall and The New School for Social Research. In 1948, he joined the Actors Studio, a not-for-profit actor training facility opened by Elia Kazan and other members of the Group Theatre to preserve and continue the work developed in the Group. Shortly afterwards, Lee became artistic director, a position he would hold until his death in 1982. There, he honed his Method Acting technique and evolved the Studio into an internationally recognized laboratory for the development of the actor.

With the success of his work at the Actors Studio and the international acclaim of his Method training, Lee, together with his wife Anna, opened the Lee Strasberg Theatre Institute in 1969. The primary goal was to reach a larger audience of eager and emerging talent, as well as to dispel growing confusion and misrepresentation of the Method, preserving what had by now become fundamental discoveries in actor training. 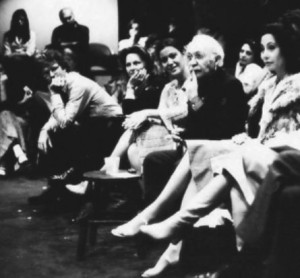 The Institute represents the culmination of these stages in Lee’s development as a director, teacher, and pioneer in actor training and teaches what he considered to be a comprehensive approach to solving the actor’s fundamental problems.

Today the Institute celebrates over 40 years of actor training and is the only school that teaches Lee Strasberg’s work in its complete and purest form. Staff and teachers conducting classes have been selected for their comprehensive knowledge of Strasberg’s work and their ability to apply it to the problems of the actor. The Institute’s curriculum, designed by Lee, provides the actor with opportunities to pursue his or her work systematically and to gain firsthand knowledge of the fundamental concepts of the Strasberg work. Through class work, seminars, exercises, scene work, and discussions, professionals and non-professionals are encouraged towards development of their art and themselves. 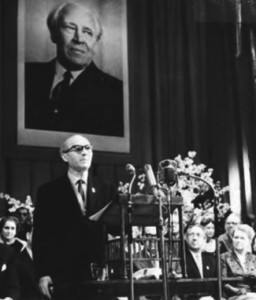 The Institute has built its outstanding reputation on the enduring value of Lee Strasberg’s teachings, the achievements of our students, and an unwavering commitment to excellence. We challenge our students to be bold in their choices, original in their ideas, and passionate in their pursuit of creative individuality.

The goal of the Institute is to provide students with a craft that will help them create a reality and respond truthfully in imaginary circumstances, regardless of the style or form of material being used. Actors learn to express powerful emotions and are encouraged to leave behind conventional, superficial, and clichéd expressions in search of their own unique artistic voices. The Method trains actors to use their physical, mental, and emotional humanity in the creation of the play’s characters and stresses the way in which personal experience can fire the actor’s imagination. This is the spark that turns an accomplished technician into an inspired artist and what makes Strasberg’s Method a vital technique for actor training.

Mission
The Lee Strasberg Theatre and Film Institute is dedicated to the ideals, values, and vision of Lee Strasberg’s innovative work known throughout the world as The Method. Through actor training, outreach, and the preservation of archival materials, the Institute works to further the legacy of Lee Strasberg and maintain his place as a seminal figure in the great American theater tradition.