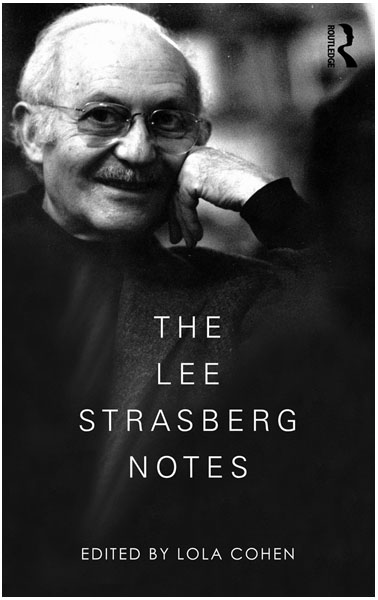 What does Lee Strasberg teach the modern actor? How to relax and train the senses to be used in acting… The Lee Strasberg Notes reproduces the original teachings of a unique voice in actor training for the very first time, edited into a rich and highly absorbable format — presenting an enlightening and expanding approach to today’s actors, directors, other practitioners and serious lovers of theater and film acting. [Read more]

My intention is for you to discover if Method Acting can be very useful for you to enrich your craft and creativity, get acting work, and have that work well regarded. It is also my intention that The Lee Strasberg Notes provides the material which helps you make an informed decision about that.
— Lola Cohen

What can Lee Strasberg teach the modern actor? The Lee Strasberg Notes reproduces the original teachings of a unique voice in actor training for the very first time, presenting an enlightening approach to today’s practitioners.

Compiled and edited by Lola Cohen, acting teacher at the Lee Strasberg Theater and Film Institute and one of Strasberg’s former pupils, the book is based on unpublished transcripts of his own classes on acting, directing and Shakespeare, re-creating his theoretical approach, as well as the practical exercises used by his students.

The book features Strasberg’s teachings on:

Including a Preface by Anna Strasberg and a Foreword by Martin Sheen, this illuminating book brings the reader closer to Strasberg’s own methods than any other, making it an invaluable resource for students, actors, and directors.